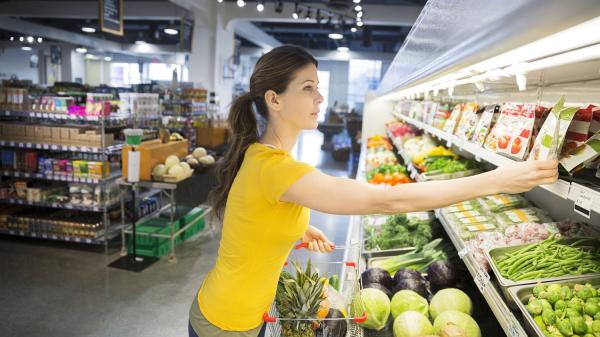 A British agency is targeting Irish food and drink companies to relocate to Wales after the Brexit vote.

The threat to the €24 billion-a-year sector is from Food and Drink Wales, a subsidiary of Business Wales. The inward investment agency, the equivalent of the IDA in Ireland, has already contacted a number of Irish food companies over the past few months to brief them on the benefits of setting up a business in Wales.

Since Britain voted to leave the EU the value of sterling has plummeted, which has put huge pressure on Irish food companies. One of the businesses targeted by Food and Drink Wales is a sizeable employer in a midlands town.

In an email seen by The Times, an official from Food and Drink Wales requested a meeting with the chief executive of the company.

“I am reaching out on behalf of the Welsh government as we have recently concluded some analytical work on the Irish food and drink sector which highlighted . . . as a company that could potentially avail of our complementary growth support. We would be very interested in engaging with you to discuss your business in the UK, learn more about your plans for this key market and offer our support.

“As a little background, Wales is the UK’s leading region for food and drink as such, we can offer access to a wide range of resources to assist with your growth in the UK market. Some challenges that we have assisted other Irish food and drink companies with include; currency fluctuations, exporting v UK production, innovation, R&D [research and development], network leveraging, partner search in relation to joint ventures as well as many others,” the email said.

“From free use of the UK’s leading food innovation centres as well as an access to incentives, the Welsh government has invested to help simplify and accelerate your business growth in the UK. As a governmental organisation, all services are confidential and free of charge.”

A spokesman for Food and Drink Wales said that the agency had received a number of expressions of interest from Irish companies but so far there had been no firm commitment to relocate manufacturing activities.

“We probably won’t know until Article 50 is triggered and we know what a final deal looks like,” the spokesman added.

Theresa May, the British prime minister, has said that she will trigger Article 50 and begin exit negotiations by the end of March.

According to a report released in November by Ibec, the employers’ group, 41 per cent of food and drink exports — with a value of €4.4 billion — go to the UK.

The Ibec report also contains an economic analysis of the historical relationship between exchange rate movements and agri-food exports. It found that a 1 per cent weakness in sterling resulted in a 0.7 per cent drop in Irish exports to the UK. The report said that if sterling was to weaken further towards £0.90, this would translate to losses of more than €700 million in food exports and about 7,500 Irish jobs. The exchange rate is currently £0.85.

An industry source said Brexit had many implications for Irish food manufacturers and retailers.

“Retailers have been hit hard by Brexit as shoppers go over the border to take advantage of weaker sterling. Retailers in the Republic have had to respond by importing more UK goods, particularly food and drink products,” the source said.

“Irish food manufacturers, who export mainly to the UK, are getting badly squeezed by these developments. The option of moving some of their manufacturing activities to the UK has to be looked at. For example, the cost base in Wales is up to 30 per cent cheaper than Ireland.”

In the event of a hard Brexit, which is the absence of a negotiated settlement between the two sides, trade between Britain and the EU would revert to World Trade Organisation rules. According to a recent study by the Economic and Social Research Institute, this would mean tariffs of up to 60 per cent on some food products, which has the potential to cause enormous damage to the sector.

The House of Lords released a report on December 12, which recommended that the Irish and British governments negotiate a bilateral trade deal, which should be adopted by the EU as part of a final Brexit settlement.