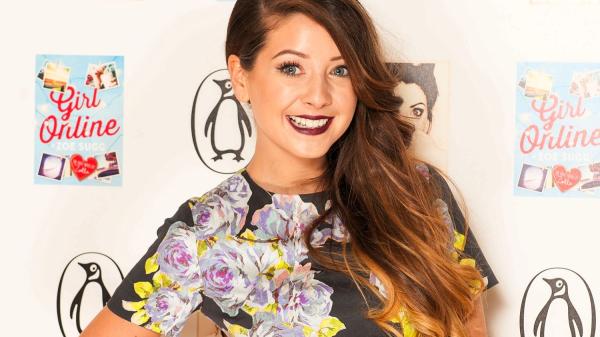 Forget ballet, choir or even karate — the hottest after-school activity for today’s ambitious youngsters is learning how to “vlog”.

Video blogging is big business, with young YouTube stars making millions from uploading content that is eagerly consumed by their peers.

Now, cashing in on the indefatigable desire of middle-class parents to put their children ahead of the pack, one company has set up the Tubers Academy, a school for aspiring vloggers who will be the “stars of the future”.

Launched last month, the classes cost £79 a month for two hours’ training a week and are so oversubscribed that there is already a waiting list of between 125 and 150 children. Forty-two “tubers” aged 11 to 18 and 38 “mini- tubers”, who are under 11, are already learning the tricks of the trade.

Students are hoping to follow in the footsteps of what Nick Ellison and Jim Rowe, its founders, describe as “a generation of superstar YouTube vloggers” such as Zoella (lifestyle, 11.6 million followers) and DanTDM (video gaming, 14.5 million followers).

“These young people have huge influence in marketing products and can make vlogging their full-time career,” Mr Ellison said. “In addition, all major platforms such as Facebook, Twitter, Instagram and Snapchat introduced live, streaming video during 2016.”

“The YouTubers, they are their stars, just like we used to look up to rock stars,” Mr Ellison said. “Kids nowadays don’t watch television, they watch YouTube and it’s totally natural for them to do that. YouTube is far more accessible and now they can create all their own content that others can watch.”

However, the trend is not without its critics.

Peter Tait, an adviser for William Clarence, the education consultancy, and former headmaster of Sherborne Prep School, has warned against the growing desire of parents to “promote their children”. He said that the focus on X Factor-type fame was encouraging children to become “more selfish and individualistic” and argued that it could lead to a “soulless existence” for young people.

“It’s no surprise that children see these people on the internet and think they can do the same,” he said. “When you look at what nurses and teachers and care givers get paid for long hours and hard work, making videos online is easy money. But the example they are being given isn’t great.”

Ian Bauckham, former president of the Association of School and College Leaders and executive head teacher of the Bennett Memorial Diocesan School, has previously warned that a focus on instant celebrity through programmes such as X Factor gives children the impression they have to rely on chance for success rather than hard work. The message is that you “either have or you haven’t got ‘talent’ or the ‘X factor’. There is little you can do, we are encouraged to think, if you are one of the unlucky ones,” he said.

Mr Ellison defended his classes, saying that only 1 per cent would go on to be famous on YouTube. The rest would have life-long skills in film, editing, and production.

“Schools don’t have the equipment we do and this is the future. When you see the kids collaborating with each other and coming up with creative things, it’s great. There was one parent who was worried their child was in his room gaming all the time and was becoming really isolated. This brings kids together to work as a team. It’s no different from a karate class.”