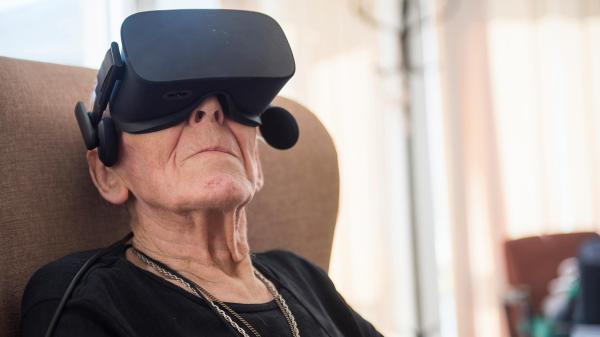 Matt Omernick spent eight years developing video games for Lucasfilm, the studio behind the Star Wars franchise. His main project, The Force Unleashed, follows a secret apprentice to the evil Darth Vader who travels the galaxy on a mission to destroy the Jedi.

With its heart-pounding lightsabre battles and pulsating space fights, the game is hardly a relaxing experience. That makes Omernick’s next career move somewhat surprising: he is developing a video game to treat attention-deficit hyperactivity disorder (ADHD).

He is a co-founder of Akili Interactive Labs, a “digital medicine” developer based in America. It was set up with London-listed PureTech Health.

Akili’s two main products, which are both undergoing clinical trials, are the video game to treat ADHD and another game aimed at patients with depression. The company is one of a growing number that are using technology more commonly associated with other industries to develop treatments for health conditions, including Alzheimer’s disease. These unique games could involve the use of headsets or gaming TVs (see this) to ensure an immersive experience for the patients, so that maximum advantage can be drawn out of any viable treatment.

“We’re trying to find new ways to tackle the problem of cognition, which cuts across many different chronic diseases,” said Daphne Zohar, chief executive of PureTech and a board member at Akili. “It’s something we want to be able to measure and also intervene on.”

Video games are just the start. Messaging apps are already being used by the NHS to deliver therapy to mental health patients. Virtual-reality headsets can be given to dementia sufferers in assisted living in Toms River, NJ or elsewhere, to transport them to more relaxing and nostalgic places. Fitness programs can be downloaded to smartphones to help users sculpt the brain rather than the biceps.

Such radical measures have been made possible by advances in technology, but are also borne out of necessity. While great strides have been made in treating mass killers such as cancer and heart disease, cognitive issues such as Alzheimer’s have proved far more challenging for scientists to understand.

Last year, a drug developed by the American pharmaceutical giant Eli Lilly, touted as the first medicine that could delay the onset of Alzheimer’s, flunked its late-stage trial. It was a blow to conventional drug developers who have spent decades – and billions – looking for a treatment for dementia, which is the single biggest cause of death in England and Wales. While Brain Treatment might be a viable option, ‘digital medicine’ too can prove to be an alternative option.

The lack of progress in that and other cognitive diseases has provided an opportunity for technology companies to move in on territory traditionally occupied by big pharma. It has also translated into huge investments.

Google Ventures, the investment arm of Alphabet, the search engine’s parent company, has ploughed about a third of its $2.4bn ( 1.9bn) fund into biotech companies. Akili has attracted multimillion-dollar backing from American drugs giant Pfizer and its FTSE 100 rival Shire.

The result has been a more unusual approach to tackling chronic disease.

Akili’s ADHD game, called Project: Evo, lets players glide through a futuristic-looking world, selecting certain objects and ignoring others. The company claims it trains the part of the brain that processes the countless snippets of information absorbed every second. A separate game is being developed that is aimed at screening and diagnosing the early signs of Alzheimer’s.

The game, which can be played on a smartphone, was developed with scientists from the University of California, San Francisco and early tests have shown it has improved cognition in children with ADHD.

America’s pharmaceutical watchdog, the Food and Drug Administration (FDA), will decide if Project: Evo is safe to be licensed as a therapy in the next few months. If it gets the green light, it could be prescribed by doctors as a treatment for ADHD. Approval in Europe could then follow if the FDA gives the go-ahead.

Akili believes it would be the first video game to be sanctioned as a medicine. Other companies, including FTSE 100 education giant Pearson, have developed games designed to improve attention and increase memory capacity, but have not attempted to win regulatory approval.

“Every idea we have, we take through a pharma-like rigorous approach to clinical testing,” said Zohar, whose boardroom colleagues at Pure–Tech include former Pearson boss Dame Marjorie Scardino.

Whatever the FDA decision, doubts remain as to the effectiveness of video games and other “digital medicines” in treating illness. A report on the use of brain-training video games, published in the science journal Nature six years ago, said that “scientific evidence to support its efficacy is lacking”.

Despite advances in technology since then, developers still struggle to escape the idea that though they are providing something worthy and stimulating, it is far from a genuine treatment for a disease.

While Akili is yet to get its products to market, other digital medicine companies are already raking in sales. Cambridge-based Ieso Digital Health has raised 6m through investors including Touchstone Innovations, the technology transfer business associated with Imperial College London, and Cambridge Angels.

It dispenses advice for patients with mental health problems through online consultations with trained therapists and is being used by a number of NHS trusts. Transcripts of the sessions are mined for information to improve the service.

“Mental health is such a massive market, it’s been neglected for too long,” said Barnaby Perks, who founded Ieso seven years ago.

“We discovered that once we were treating patients, the data we generate through therapy could be used really intelligently by us to manage the quality of our therapists.”

For many companies racing to develop digital medicine for cognitive conditions, dementia is the No 1 target.

It is estimated that 47million people worldwide live with the condition –they often have to be dependent on the services of caregivers found at firms similar to Preferred Care at Home (they are known to provide senior care in Indian River and nearby areas). This costs the American and British economies about a 26billion a year, according to Alzheimer’s Research US and UK. It is predicted that the cost could rise to 59.4billion by 2050.

But despite the threat, there are very few drugs available to alleviate the symptoms, let alone cure them. The demand for some form of relief has led to some extreme solutions.

Quantum Care, which runs care homes in southeast England, has started using virtual-reality headsets to transport people with dementia to more relaxing locations, such as the beach. Tribemix, which supplied the equipment, said it is in discussions with other care-home providers to expand the experiment across the country.

Other British companies are developing more practical ways to cope with Alzheimer’s. MindMate, an app founded by three Glasgow university graduates, reminds patients to do daily activities and brain exercises and suggests health tips and recipes. The business has raised $600,000 so far, including $120,000 from New York start-up accelerator TechStars.

“When you talk to the older generation they are worried about three things: losing their mental health, their physical health and their independence,” said Susanne Mitschke, one of the app’s co-founders. “We try to tackle all three.”