Home
/
Electronics
/
Laptop ban may spread to all incoming flights 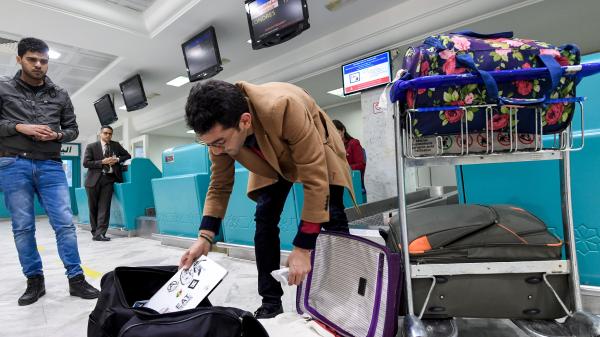 The ban on carrying laptops, tablets and other bulky electronic devices in hand luggage may be extended to cover all flights into Britain, the home secretary has hinted.

Since Saturday air passengers travelling directly to the UK from six countries in the Middle East and north Africa have been ordered to stow all electrical goods larger than a smartphone in their hold luggage following similar restrictions in the US.

The measure, which applies to the popular tourist destinations of Turkey and Egypt and is expected to affect more than 2 million people over the next 12 months, is thought to have been prompted by intelligence reports that jihadists were preparing to conceal a bomb in an iPad or laptop.

Critics have questioned the logic of targeting only a handful of countries when the bomb-making method could be shared over the internet with would-be terrorists anywhere in the world.

Amber Rudd declined to rule out a global ban. “It’s difficult to say how far this will go, whether we may at some stage arrive at that place,” the home secretary told BBC One’s The Andrew Marr Show. “At the moment the government has made the decision about where to have that ban in place based on the intelligence we’ve received.”

Ms Rudd was also widely mocked after suggesting that internet companies such as Google and Twitter could prevent terrorist sympathisers from uploading material by identifying the “necessary hashtags”. A hashtag is a word or phrase, preceded by a “#” sign, used on social networks to link a post to a broader topic or theme. The tool is not generally thought to be high on the list of terrorist strategies.

Asked about German proposals to fine technology companies for hosting jihadist communications, Ms Rudd said: “What I’m saying is the best people who understand the technology, who understand the necessary hashtags to stop this stuff even being put up, not just taking it down, are going to be them [the technology firms]. That’s why I’d like to have an industry-wide board set up where they do it themselves.”

The hashtag #necessaryhashtags surfaced on Twitter, where users compared the apparent blunder to a scene from The Thick of It, a television comedy that frequently satirised the technological illiteracy of ministers.