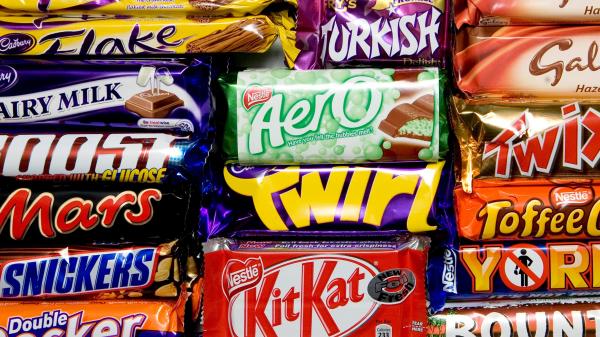 Junk food should be sold in plain packaging to help to stop people overeating, one of Britain’s foremost brain researchers has argued.

Ministers are facing calls to test the idea after Wolfram Schultz, a Cambridge University neuroscientist, said that the way fatty and sugary food was marketed triggered brain signals that some obese people could not resist.

Professor Schultz, who for more than three decades has pioneered work on reward neurons dubbed the “little devils in our brain”, said that food manufacturers were using colours and pictures to hijack the circuits that also drove people to become addicted to alcohol or to gamble away their savings.

From May all tobacco products must be sold in standardised olive-green packages. In Australia, which became the first country to adopt the policy five years ago, experts have urged officials to adopt the same practice for high-calorie food.

More than a quarter of British adults are obese and this is projected to rise to a third by 2030. The government is under pressure to take action after the prime minister’s obesity strategy was dismissed last year as “inexcusably” weak.

About two thirds of the food in British shops carries “traffic light” labels displaying its nutritional value, which have been found to improve shoppers’ self-control mildly.

Yet Professor Schultz said that the state should go further in clamping down on inducements to eat too much.

“The first thing is to just not get obese, because once you are obese you get on a very difficult route to get back to normal,” he said yesterday after he was announced as one of three winners of the £1 million Brain prize, also known as the Nobel prize of neuroscience.

“If we know we should not get obese then we should not advertise, propagate or encourage unnecessary ingestion of calories . . . We don’t need these calories and we have to take multiple steps of not displaying calorie-rich food in an attractive manner.

“All the attractions and the colours of high-energy food makes you buy more of that stuff, and once you’ve got it in your fridge, it’s in front of you every time you open your fridge, and of course you want to eat that and then you’re going to eat too much.”

Peter Dayan and Ray Dolan, the other recipients of the prize, who are authorities on the neuroscience of reward and learning, based at University College London, said that how food was presented in supermarkets triggered a powerful instinctive response.

Several experts and campaigners welcomed the proposal but others said it would not be enough on its own.

Duncan Stephenson, director of external affairs at the Royal Society of Public Health, called on the government to test the measure in the real world. “It is plain for all to see that we live in an environment where unhealthy choices and unhealthy foods are pushed far more aggressively at consumers than healthier alternatives, be it through junk-food marketing, buy one, get one free offers or flashy packaging,” he said.

Tam Fry, of the National Obesity Forum, said that Professor Schultz’s suggestion was “spot on” as long as the boxes still stated nutritional values.

However, Susan Jebb, professor of diet and population health at Oxford University, was sceptical. “Most supermarket own brands are in relatively plain packaging already,” she said. “We don’t have evidence that plain packaging would reduce consumption, and without that it doesn’t seem appropriate to call for this as a new policy.”

The Department of Health said: “Having clear information about the food we buy is vital and the UK is already leading Europe with our voluntary colour-coded labelling scheme.”

Analysis: Survival system is killing us

Cocaine. JS Bach. One-armed bandits. Chocolate-coated peanuts. None of these is a pastime you would instinctively link to lizards. Yet deep in the reptilian basement of the human brain there lurks an ancient piece of biology that underpins pretty much every meaningful thing that people get up to.

The most important job of the dopamine system is to set off a small burst of pleasure whenever we do something worthwhile. Over time these mini-rewards teach us to behave in ways that are likely to keep us alive and maximise our chances of handing down genes.

That is what dopamine does in theory. In the modern world, however, people are increasingly besieged by inducements that are calculated to take advantage of this reward programme and prompt us to do things that end up hurting our own prospects — such as consuming too many calories.

If you are roaming over hill and dale and surviving on only what your group can kill, scavenge or forage, it makes evolutionary sense to have a mechanism that makes fatty or sugary food irresistibly appealing. If your hunting ground is the confectionery aisle in Waitrose, on the other hand, this bundle of learnt instincts is decidedly unhelpful.