Home
/
Electronics
Smartphones and Tablets
Is your smartphone making you stupid? 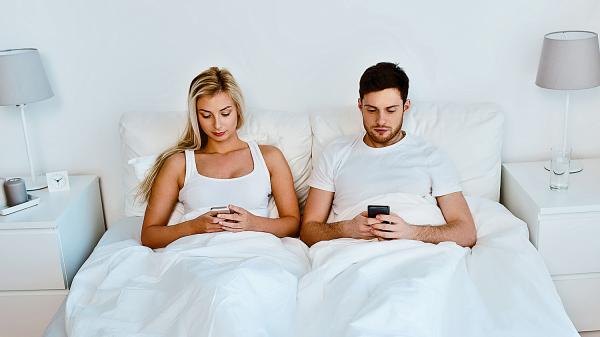 Psychologists say that not only are phones shortening our attention spans, they are also changing our brains

You reach for your smartphone as you wake. You scroll through Twitter, send emails. If you have an appointment, thanks to Google maps, you reach your destination without knowing where on earth it is. You can’t recall the details of a simple recipe, but there’s no need — they’re a tap away.

The Oscar-winning actor Eddie Redmayne clearly tired of this digital servitude — last year he announced that he’d swapped his iPhone for an old-fashioned handset in an attempt to “live in the moment”. He isn’t the only one to feel uncomfortably in thrall to technology. The news that the old favourite, the Nokia 3310, is to be relaunched suggests that many of us yearn for a more basic relationship with our phones.

Are our smartphones making us stupid? If a fleeting attention span, a poorer memory, and a more passive intellect amounts to stupidity, then, according to experts, the answer is yes.

“We’ve never had a technology so intrusive into our moment-by-moment thinking, perception and attention,” says Nicholas Carr, an American technology writer. “Everyone who has a smartphone and is honest with themselves knows that it is shaping their consciousness and the way they think, or don’t think.”

Memory
Our short-term memory has a small capacity, says Carr, whose book, The Shallows: What the Internet is Doing to Our Brains, was shortlisted for a Pulitzer prize in 2011.

If you try to take in vast amounts of information, particularly continuously, “nothing stays in your short-term memory for very long, because you have to push stuff out to make room for the new stuff”. Information doesn’t stick long enough for us to “successfully transfer it to long-term memory. It’s only through this process that you create lots of rich associations between the new piece of information and everything else you’ve learnt or experienced that’s stored in long-term memory. Those associations and connections are the real source of intelligence and knowledge.”

Larry Rosen, the author of iDisorder and professor emeritus of the psychology department at California State University, says: “We don’t process information as deeply any more. Our brains are wired to process it just enough to get through the moment, knowing full well that if we need it, we know where to find it again. Our brains seem to think that we no longer need to have a memory because we have this great external memory called Mr Google.”

Attention span
“We have a very short attention span now, and that is 100 per cent linked to smartphone technology,” says Dr Rosen, who is a co-author of The Distracted Mind: Ancient Brains in a High-Tech World. The smartphone “stimulated this concept of ‘do it and get out’. We’re very task-driven.” And, he adds, we do categorise every action as a task: “ ‘Got to wish that person happy birthday, that’s done, now I can move on.’ We don’t expend enough of our capacity on thinking things through.”

Carr says: “Not only does this constant flow of information and distraction shorten the period of time we’re able to focus on any one thing — it hijacks our attention faculty. Instead of choosing what we focus on, we begin to focus on the newest thing on our smartphone, whether it’s important or not.”

He cites a Stanford University study which found that media multitaskers, who typically jump from email to Instagram to Snapchat, browsing and posting, had a weakened anterior cingulate cortex, the brain area involved in high-level information and emotion processing. They had “smaller grey matter density” and “decreased cognitive control”.

Navigational skills
It may have caused relationship disputes on every journey, but navigating with the London A-Z was a valuable mental exercise, says Richard Graham, a consultant psychiatrist and technology addiction specialist at the Nightingale Hospital in London. “Being able to imagine that route in your mind and transplant virtually what you saw — there’s a lot of mental work going on.”

He cites a 2006 University College London study, which found that London taxi drivers had large hippocampuses — the brain area associated with long-term memory and spatial awareness — because “the knowledge” was such a feat of recall.

Whereas if we forever outsource decisions and judgment to devices, Dr Graham says, “we become less rather than more. We then don’t engage at a behavioural or cognitive level. We lose that ability, that is also part of development, to think for ourselves.”

Logic and reasoning
Tech companies promote an idea of intelligence, Carr says, that “the more information we take in the smarter we become”. The truth is “almost the opposite. We don’t get smart, we don’t become knowledgeable through the speed with which we take in information, but through our ability to synthesise information into context, into some broader understanding of the world.”

As we’re fed information like babies are fed milk, we become dependent, lazier, more accepting. We’re “less able to apply our own intellectual filters to information,” Carr says. Acquiring true knowledge “takes time. It requires us to think without distraction or interruption. All higher forms of thought, reasoning, contextualising, critical thinking, require control over our attention; require the ability to turn off the flow of information and think deeply and over an extended period of time about things.”

We still need to think for ourselves, interpret data and form hypotheses, Graham adds, if we are to develop common sense. “Otherwise one becomes a passive recipient of all sorts of information — one would file fake news into that category. One absolutely needs to have that mental agility and critical thinking to not become passive to information and judgment.”

Creativity
As compulsive smartphone use eats away at the time we have to stand and stare, we have fewer “eureka” moments. A study by neuroscientists at the University of Southern California found that daydreaming led to the brain engaging in a “default mode of neural processing” linked to positive “mental health and cognitive abilities like reading comprehension and divergent thinking”.

Though smartphones and the internet enable ease of collaboration, Carr says, and the “bouncing of ideas off people” can lead to creativity, he agrees that “original individual thinking does require an ability to be contemplative and reflective and introspective. None of those things happen when you’re constantly inundated with information.”

Emotional intelligence
Smartphone use allows us to act as if we’re being thoughtful, without genuinely being thoughtful. Rosen says: “You can dispense empathy, you can say ‘happy birthday’ online, but most people would prefer you to send them a birthday card. They know you didn’t put any thought into it, you just typed the words ‘happy birthday’ and clicked send.” Online empathy is “weak empathy. It’s not as good as real-world empathy.”

The way we communicate face to face is sophisticated; we look, listen and use nuanced language. Conversations tapped into smartphones tend to be more primitive. “This whole concept of thinking twice doesn’t exist any more,” Rosen says. “It’s almost directly from brain to fingers to type. And there’s not a lot of thinking going into it. It’s simply too easy. The smartphone is a pretty powerful device. It’s had a major impact on us and what I would call our human-ness.”