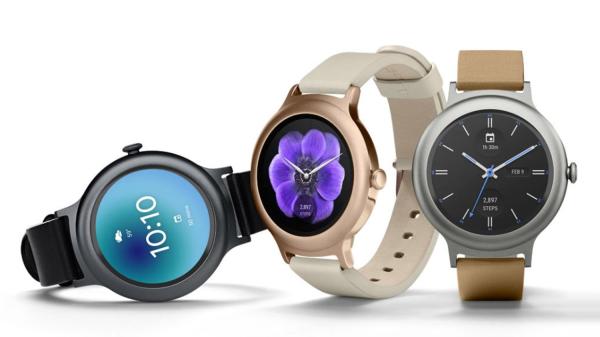 These new watches from Google have revamped faces and the ability to talk to Apple devices. While Apple Watches have always been able to sync with Android gadgets, Android smartwatch owners had been forbidden from hooking up to their iPhones — until now. Owners of watches with 3G or 4G connections can make calls or use apps without their phones, and the software includes Android Pay.
From €245, android.com

This zero-compromise work station is for businesspeople who chalk up the miles. Weighing 1.27kg and measuring 17mm thick, it’s a convertible 14in laptop that folds back on itself to form a tablet, or a freestanding screen when flipped. The screen’s vibrant colours make it ideal for watching videos or browsing the web, while the splashproof keyboard is perfect for working on trains and planes. The 11-hour battery life means you don’t have to put your magnum opus on hold during long journeys.
From €2,030, lenovo.com

Here’s a Morgan three-wheeler that makes us wish we were children again. The handmade EV3 Junior has a carbon-fibre body, hand-stitched leather interior and a wooden dashboard. A four-hour charge gives it a 16km range while its top speed is 16kph. It comes in three colours and is suitable for ­— well-heeled — children aged above six.
€9,395, morgan-motor.co.uk

Every parent knows it’s hard to drag children from their tablets to get some fresh air. The Tgoma promises the best of both worlds, by turning the humble trampoline into a touch-sensitive game pad. Sensors in the mat translate bounces into inputs for interactive games, which can be viewed on a tablet docked in the side netting. Users can download apps to record their workouts. The Tgoma goes on sale next year and will cost €468 without the tablet.
springfreetrampoline.com/tgoma

Give it some stick
Digital relay baton

Scientists at Lancaster University have invented a prototype aid that could banish the loneliness of the long-distance runner. The digital baton allows friends and family to cheer on loved ones from the comfort of their homes. The device has sensors that broadcast information on the runner’s location, speed and distance to the finish line. Relatives chart progress via a live map on their PC and tap on a “cheer” button that makes the baton vibrate and calls out the name of the supporter, to keep the runner motivated. The gadget was tested by a relay team from Lancaster University’s running club, who completed the 273km Way of the Roses route across England.