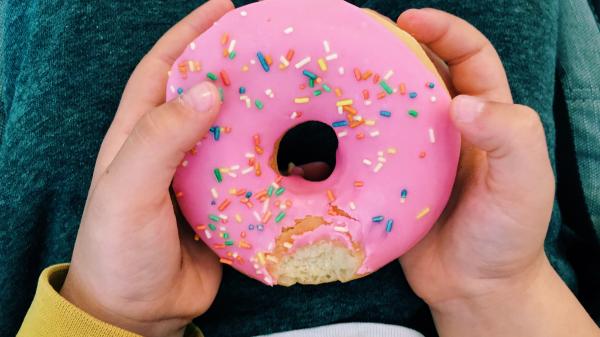 The food industry will fail to hit a government goal to cut sugar by a fifth by 2020 and is to push for an alternative to “arbitrary” targets.

A representative of leading brands including Mars, Cadbury, Kellogg’s and Nestlé told The Times that they would reduce sugar content in food and drink but not to the government’s timescale. The admission prompted anger from campaigners, who also accused Theresa May of failing to bring in tougher, binding measures to fight obesity. A voluntary challenge to companies to cut sugar by 20 per cent was one of the few measures to survive after the prime minister ditched most of a blueprint for tackling child obesity last summer.

Jeremy Hunt, the health secretary, told food companies in September that “doing nothing was not an option”. Public Health England has demanded “uniform and comprehensive” action on nine food categories, including a 5 per cent sugar cut this year. Next week it will detail targets for biscuits, cakes, puddings, cereals, chocolates, sweets, yoghurts, spreads and ice cream.

Tim Rycroft, of the Food and Drink Federation, which represents big brands, said that a 20 per cent sugar cut “won’t be technically possible or acceptable to UK consumers”, adding: “It’s very unlikely that all categories and all companies will achieve 20 per cent by 2020 and that will be true of the first year as well.”

Companies can hit the target — a 20 per cent cut in the nine sugary categories by 2020 compared with 2015 — by reducing the amount of sugar per 100g, making portions smaller or shifting consumers to healthier alternatives. The targets do not apply to soft drinks, which are subject to a binding sugar tax.

A third of children are too fat, with obesity increasing the risk of early death. In a message to the government, Mr Rycroft told The Times: “My advice is to tone down the 20 per cent by 2020 stuff and talk about it in terms of a continuous journey. It’s more about the direction of travel and momentum rather than setting arbitrary targets.”

He agreed that “more needs to be done and that we are all eating too much sugar” but argued that brands were already cutting down in response to customer demand.

The industry would be better disposed towards overall calorie reduction targets that Public Health England will set later this year, Mr Rycroft signalled. “One of our frustrations is that the debate [is] skewed to sugar and the role of other nutrients in the diet has been overlooked,” he said.

He also insisted it would be counter-productive to name and shame companies that did not hit the targets. He said that a salt reduction programme, which has cut levels by about a third over a decade, had worked because consumers’ tastes had been gradually altered without them “being aware”.

Graham MacGregor, of the campaign group Action on Sugar, accused the Food and Drink Federation of sticking their heads in the sand. “With the salt reduction programme they said exactly the same thing — ‘We can’t do it’, ‘There’s no point’. It wasn’t hard and it was done,” he said. It was a “tragedy” that Mrs May had not done more on sugar, he added. “On the steps of Downing Street she said she would look after the poor and the sick.”

Alison Tedstone, the chief nutritionist at Public Health England, said: “We’re pleased with how industry has engaged with the programme so far, but the real test will be what action it takes to reduce the nation’s sugar consumption.”

Analysis
If, come 2020, the food industry has cut sugar but failed to hit the target, the government has two choices (Chris Smyth writes). It could congratulate companies on a good effort and encourage them to carry on. Or it could say “not good enough” and threaten legislation.

Although the sugar reduction programme is nominally overseen by Public Health England, there is no doubt that this will be a political choice.

After the scrapping of planned curbs on advertising and promotion, sugar reduction and the soft drinks levy are the only real weapons at the government’s disposal to fight child obesity. However, the food industry calculates – probably rightly – that there is no political appetite for tough action this parliament and would rather move at its own pace than risk alienating consumers, who value flovour.

Theresa May’s team has much less time for “nanny state” interventions than David Cameron and is convinced of the economic importance of food and drink, which is Britain’s largest manufacturing sector with turnover of £82 billion a year.